Kansas Family Voice is dedicated to preserving the freedom to believe, share, and live out our faith – publicly as well as privately. Our faith compels us to live differently, including in how we go about seeking and providing medical care.

Healthcare professionals, health insurance companies, hospitals, and even private employers have the right to live out their faith in their practice of medicine, provision of prescriptions, or insurance coverage. When the Obama Administration attempted to force nuns to provide contraception and Christian-owned company Hobby Lobby to cover abortion-inducing drugs, it became clear that more work needed to be done in the area of religious freedom.

Kansas Family Voice supports policies that protect the right of healthcare professionals, employers and insurers to decline to participate in or cover procedures with which they disagree based on their faith. We work to protect taxpayers from being forced to fund abortion and “gender reassignment procedures.” And we advance policies that ensure families can choose medical and mental healthcare that align with their faith and values.

THE LONG ARM OF GOVERNMENT OVERREACH

The battle for religious freedom in the healthcare industry primarily is over whether government bodies can:

Americans have the God-given and constitutional right to freely exercise their faith at home and in public such as at work and in school. This means that healthcare professionals should not be forced to choose between their calling to their profession and their faith. For example:

No doctor should ever be forced to participate in an abortion procedure that violates his or her faith.

No faith-based organization should be mandated to provide abortion inducing drugs under the guise of birth control.

Doctors should not be forced to perform “gender transition” procedures on young children.

Therapists should not be silenced from giving counsel in alignment with their own faith and moral judgement.

It would be difficult to find a topic where religious freedom is more aggressively targeted than abortion. Doctors, healthcare professionals, teachers and more must be able to freely express their disagreement with abortion and under no circumstances should they be forced by the government or their employer to perform an abortion or teach that abortion is acceptable.

In the 2019 legislative session, New Mexico legislators attempted to repeal the rights of doctors and nurses to decline performing abortions based on religious and moral grounds.1 Kansas Family Voice of New Mexico, along with a strong coalition of pro-life activists and leaders, were able to prevent this repeal from happening. If laws like these are repealed, doctors would be at risk of losing their medical license and even facing criminal prosecution for refusing to perform abortions. Although 45 states have conscience protections, these only apply to doctors working in hospitals that receive state funding. Federal protections for our medical health professionals have also been very weak.

SEE IF YOUR STATE PROTECTS THE CONSCIENCE RIGHTS OF MEDICAL PROFESSIONALS.

Thankfully, through the work of Kansas Family Voice and our allies, federal protections are getting stronger. Together, we have supported efforts of the Trump Administration and its agencies in vigorously defending religious freedom. The Trump Administration has made clear that protecting freedom of conscience for Americans is a priority. In May 2019, the Department of Health and Human Services (HHS) issued substantial rule changes ensuring that healthcare workers could not be forced to perform abortions or be fired for declining abortions, and that employers could not be forced to provide insurance coverage for abortions.

Going further, under the direction of President Trump, HHS has created the Conscience and Religious Freedom Division within the Office for Civil Rights. HHS’s Director of the Office of Civil Rights stated it is an appalling injustice for a government to “require religious organizations and hospitals to place their religious identity on the shelf when it is often their religious identity that drives them to offer their gifts to the world [like] giving free health services with love and care to those that need it most.”

IN THE BEST INTEREST OF THE PATIENT OR POLITICS?

Four examples of how the progressive political agenda has come before the health and well-being of the patient and challenges the religious freedom of the healthcare provider.

When the Affordable Care Act (also known as Obamacare) was passed in 2010, it included the highly contentious contraceptive mandate. This section of the law required companies that provide group health insurance to cover contraceptives (birth control medication and devices), which included abortifacients1 like Plan B and Ella (“the-day/week-after” pills).

Although churches were exempt, other private religious organizations were not. Through a slew of court cases, the Supreme Court has ruled the government cannot force religious and faith-based organizations to provide contraceptives if that organization objects based on their religious beliefs.

In response to widespread litigation and public outcry from faith-based organizations and leaders, Congress has now written a series of laws to ensure faith-based entities are protected in healthcare. The Department of Health and Human Services2 has also written and enforced rules that allow faith-based entities to opt-out of participating in services that violate their rights of conscience.

Assisted Reproductive Technology (known as ART) includes procedures such as egg and sperm donation, gamete storage, in vitro fertilization and surrogacy. ART was once only available to married couples unable to conceive naturally. Today, single people, transgender individuals and, especially, gay couples have created a surge in the modern use of assisted reproductive technology, which has grown into a wildly unregulated multi-billion-dollar industry.

For many faith-based entities, fertility coverage can often violate their religious mission and beliefs for many reasons. For example, ART necessarily involves the destruction of human embryos, might violate a faith-based definition of a healthy and stable family, or might raise moral objections about the commodification of women, children and human embryos.

Since 2017, 15 states have proposed policies that would require insurers to cover fertility treatments. The LGBTQ+ lobby strongly supports these bills.

Doctors, nurses, and health care entities are being sued for declining to provide gender-transition services, which include puberty-blocking hormones, cross-sex hormones, and “sex-change” operations. Many healthcare providers object to providing drastic medical interventions for what is a mental health disorder — in this case, Gender Dysphoria. Many of these treatments are experimental and not FDA-approved for treating gender-dysphoria. These treatment options result in drastic, irreversible, and permanently sterilizing changes to a patient’s body — changes many healthcare professionals believe are unethical to be performed upon anyone, but especially a child.

Most importantly, healthcare professionals know it is impossible to change one’s biological sex, and therefore their ethical duty is to ensure a patient’s thoughts align with reality. Treating an individual diagnosed with anorexia with a weight-loss surgery would be a gross violation of medical standards and the conscience of most medical professionals. The same is true of medical intervention for gender dysphoria. What is really needed is wholistic and comprehensive mental healthcare for people struggling with their gender identity.

In a significant move for protecting the rights of our medical health professionals, in June 2019 the Department of Health and Human Services, under the direction of President Trump, issued a final rule4 that would allow these doctors and healthcare entities to decline to provide gender-transition services without retribution.

Since 2017, 15 states have proposed policies that would require insurers to cover fertility treatments. The LGBTQ+ lobby strongly supports these bills.

Therapy Bans are policies that prohibit a licensed therapist from providing basic talk therapy to help individuals, including minors, identify with their birth sex or resolve unwanted same-sex attraction. Instead, licensed health professionals can only give counsel in accordance with the state’s preferred view on sexuality, which affirms transgenderism and homosexuality, even if the counsel violates the therapist’s and/or patient’s religious and moral beliefs. As a result, therapy bans violate the freedoms of healthcare professionals and prevents them from providing therapy which they have determined is in the best interest of their patient’s health.

California was the first state to pass a therapy ban in 2012. Since that time, 17 more states have passed laws restricting the free speech of licensed health professionals.

Kansas Family Voice has fought against these bans in many states. Some Americans struggle with unwanted same-sex attraction, without identifying as gay, and want to have those feelings resolved. Some Americans also struggle with their gender identity, but do not identify as transgender. They want a licensed professional to help them learn to love their God-given bodies.

Kansas Family Voice advances the right of parents, their children, and their therapists to decide what is the best course of therapy — in line with their own moral and religious convictions.

1 Drugs advertised as “emergency contraception” that are taken immediately after unprotected sex and are intended to prevent ovulation, but which can also prevent implantation if fertilization has already occurred.
2 HHS is the government arm that ensures all government agencies are complying with the Affordable Care Act through its own rules and regulations
3 https://en.wikipedia.org/wiki/Burwell_v._Hobby_Lobby_Stores,_Inc.
4 https://www.hhs.gov/sites/default/files/final-conscience-rule.pdf 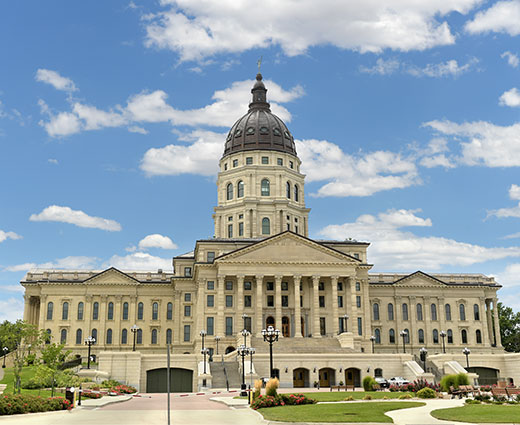 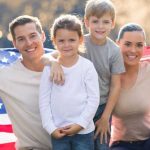 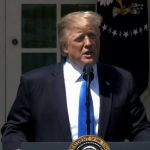 Earlier today, on the National Day of Prayer and during the White House Rose Garden Ceremony, President Trump announced the finalization of a federal rule that would protect the right of health care workers, providers, and employers to refuse to participate in acts that violate their religious and moral convictions. The President underscored the importance

Religious Freedom is Alive and Well in America 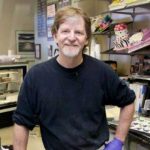 Religious Freedom is Alive and Well in America

Dear Friends, On Monday religious believers’ rights were confirmed in a big way by the Supreme Court in Masterpiece Cakeshop v. Colorado Civil Rights Commission. Seven out of the nine justices on the Court vindicated Christian cake baker, Jack Phillips’, right to live out his faith in his business.  The Court was tasked with deciding 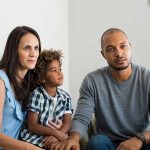 For years, LGBT activists have insisted that it is impossible to change so-called “sexual orientation.”  But now they are trying to make it illegal. Faced with the testimonies of thousands of people who have made the journey out of homosexuality, the powerful LGBT lobby is now trying to demonize and outlaw counseling that facilitates such 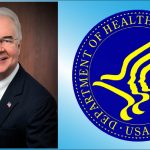 Kansas Family Voice, a national movement of 40, state-based family policy groups, took your voice to U.S. Secretary of Health and Human Services (HHS) Tom Price this week. Secretary Price & HHS are in the process of reviewing all the regulations that were passed by the Obama Administration to go along with Obamacare, and