For years, LGBT activists have insisted that it is impossible to change so-called “sexual orientation.”  But now they are trying to make it illegal.

Faced with the testimonies of thousands of people who have made the journey out of homosexuality, the powerful LGBT lobby is now trying to demonize and outlaw counseling that facilitates such change—as well as counseling that helps children struggling with gender identity.

The first step is an effort to ban professional counseling for minors who have unwanted same-sex attraction or gender identity issues.  Already, 34 states have been targeted with such legislation, and additional states are expected to be targeted in 2018.

But while the gay lobby has managed to pick off several states that might be considered “low-hanging fruit” – mainly West Coast and northeastern states – the vast majority of the targeted states (25) have rejected this top LGBT priority.  Why?

Here are some key reasons state lawmakers have rejected these counseling bans, and why families—including families who do not have children struggling with unwanted same-sex attraction or gender identity issues—should join the fight to reject this top LGBT priority.

Banning this type of counseling censors the speech of licensed counselors by prohibiting them from offering acceptance, support and understanding of a patient’s own goals for change.  Many state lawmakers recognize that the Constitution prohibits the government from censoring speech based upon viewpoint.  Yet, these bills only allow speech that supports the viewpoint that all same-sex attraction or gender identity is healthy and good.

2. It strikes at the heart of parental rights.

These bills strip parents of comprehensive tools and resources to help protect their child from the psychological harm that comes from living with unwanted same-sex attraction – or the emotional distress that is caused by their child feeling alienated from their physical bodies (gender dysphoria).  Parents know their children best and are in the best position to decide the right course of treatment and spiritual help for their children.

3. It abandons victims of sexual abuse.

One of the most common – and tragic – causes of same-sex attraction in children is sexual abuse.  Opponents of these counseling bans recognize that it is wrong to compel a child to embrace an identity that was forced upon them by their abuser.

Jayson’s story is an example of a child who struggled with same-sex attraction after suffering from abuse—yet he received help. 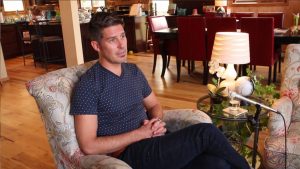 4. The scare stories are being exposed.

With help from a largely complicit media, the LGBT lobbyists have trumpeted tales of abusive practices such as shock therapy.  But even some ban supporters now admit that it has been decades since such “aversive” practices have been employed, and in most states any new attempt to use such practices would violate counseling standards.  In fact, the LGBT lobby has opposed efforts to ban such practices, as it would make their scare stories moot and take away from their real target, which is basic “talk therapy” counseling.

Still, despite growing resistance to the counseling bans, they remain a serious threat, thanks to the power of the LGBT lobby and their allies in the media.  And reports indicate that such bans may be pushed in a majority of states in 2018.

Kansas Family Voice and our network of 41 state groups is engaged on your behalf on this issue.  In fact, since the initial 2013 surprise attacks in California and New Jersey, only one state with a Kansas Family Voice-allied group has passed a counseling ban.

What you can do:  Be on the lookout for counseling ban legislation in your state, and if you receive such alerts from Kansas Family Voice or one of our state allies, be sure to take action and forward the alert to friends in your state. We need your help as parents and believers to stop this attack on parental rights.