Kansas Family Voice knows that the best education system is one that gives children a wide-open future and fuel to explore God’s calling in their lives, under the loving and protecting guidance of their parents.

A school environment should not be harmful to a child. It should not tell a child that her faith isn’t welcome in the classroom. Parents are the key to ensuring that a child’s educational environment does not undermine the family’s faith — or their child’s future. They have the right to be informed about what’s happening in their children’s schools, and what curriculum their children are exposed to. We advance policies that empower parents to have decision-making power when it comes to their children’s classrooms.

THE STORY OF EDUCATION IN AMERICA

For the majority of the first century of America’s existence, a large portion of American children were educated at home or in local schools run by their community.

In the early 20th century there was a push to ensure that everyone received the same basic education. Mandatory education laws grew in popularity in state legislatures with the goal that everyone would be able to read. While this goal was a good one, education moved further away from the family and local community. The centralization of education increased throughout the 20th century, and in 1979 the national Department of Education was officially made an independent cabinet agency.

Parents should be empowered to provide the best education for their children whether it is at public, charter, private, or home school. Kansas Family Voice and our state-based allies have worked tirelessly to increase school choice for the benefit of all students.

Below is a summary of the educational options now available to parents, though not all are available in all states.

Public education, regulated by state and federal government, is available to all and has been used for good in many situations. Some states realizing the different needs of students have begun to offer options such as online educational programs, Advanced Placement courses, or dual-enrollment classes that give students a head start in college. Public school districts have also started to offer alternative high schools for trade-oriented students.

Even as public schools offer more choice, families are seeking alternatives because the public-education system exposes their children to ideas and opinions — imposed by the government — that are contrary to their family’s worldview. Concerned families desire to have a voice and be more involved in their child’s education.

The modern home school movement started as a reaction to the nationalizing of education. Families sought to take back their children’s education. Regulations on homeschooling vary by state, but today it is legal to homeschool a child in every state in the nation. It is estimated that almost 2 million students are educated at home. Homeschooling provides a family with an almost endless number of possibilities to tailor their child’s education to their child’s needs.

Co-ops allow students to take some classes at home, some in a private school, and even sometimes in a public school—depending on individual needs and goals. In some states, homeschool students are able to participate in extracurricular activities at public schools. Laws that give homeschool students the ability to access public extracurricular activities are known as Tebow Laws, named after Heisman trophy winner Tim Tebow, who utilized a similar law in Florida to play football in high school.

Even in the public-school system, people began to realize that the one-size-fits-all method does not work for every child. Charter schools have begun to increase in number across the United States, providing parents and children options and expanded opportunities. A charter school does not charge tuition and is publicly funded. However, it operates independently from the public education system. Many of these charter schools have a particular educational focus or curriculum that is unique from nearby public schools.

Education Savings Accounts (ESA) allow parents to receive a portion of their tax dollars back. The parents can then use the funds in the ESA to pay for certain expenses such as school tuition at a non-public school, homeschool curriculum, online education, or tutors. Six states — Arizona, Florida, Mississippi, North Carolina, Nevada, and Tennessee — have an ESA program. Some states restrict their ESA program to special needs students, bullied students, students from military families, or students from failing schools.

School-voucher programs allow parents to pay for tuition at a non-public school. Many of these programs are intended to be used by low-income students or students in failing schools. Vouchers are different than ESAs because they are normally directed at tuition cost only and are designated to be spent at a specific school. Fifteen states have voucher programs. The states are Arkansas, Florida, Georgia, Indiana, Louisiana, Maryland, Maine, Mississippi, North Carolina, New Hampshire, Ohio, Oklahoma, Utah, Vermont, and Wisconsin.

Individual Tax Credits allow parents to receive a credit on their state taxes for their children’s educational expenses. This helps to ease the burden of paying for a public-school alternative. Five states have these types of programs.

Tax Credit Scholarships allow an individual or a business to receive credit on their taxes for donating to private nonprofits that provide students with scholarships to private schools. Eighteen states have tax scholarship programs.

As part of our nation’s historic anti-Catholic bias, in 1875 James Blaine introduced a proposed amendment to the Constitution to prohibit government from funding religious schools. Thankfully, the anti-religious freedom “Blaine amendment” failed at the federal level, but similar language has been adopted by 37 states. More recently, legislators have questioned the constitutionality of education-savings accounts, vouchers, tax credits, and other attempts to help parents choose the best options for their children — thankfully the policies advancing school choice have continually been upheld by the courts.

Everson v. Board of Education

Some states are trying to reduce the age of minor consent so that parents are eliminated from a child’s healthcare decisions.

Some states are allowing teen girls and younger to get abortions without a parent’s knowledge or consent.

Hospitals are giving doctors the right to remove life-sustaining treatment from children without parental notice or consent.

Courts are removing children from the custody of their parents when parents object to gender transition for their child.

Many atheist groups have worked to remove all expressions of faith in public schools citing the so-called “separation of church and state”.

These outward expressions of faith arise from a teacher’s, coach’s or student’s personal relationships with Jesus Christ. Yet, they are being told that these natural expressions violate the Constitution—often an assertion that no legislation or court opinion has ever stated. When, in fact, what is being violated is their religious liberty.

FAITH AND FREEDOM IN EDUCATION

Education legislation we were involved in during the 2019 legislative session.

Called the “Hope Scholarship” and modeled off of an existing law in Florida, this bill would allow bullied students to receive funds to attend a private school of their choice in order to find a safer and better school environment.
Kansas H.B. 2150

Alert: Ask your Senator to vote for educational opportunities for our kids! 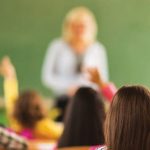 Alert: Ask your Senator to vote for educational opportunities for our kids!

It’s a busy week in Topeka. One bill that is getting a lot of emphasis is the expansion of the Student Tax Credit Scholarship and we need your help to get it passed. This program has given hundreds of students an opportunity for a better education. This is an existing program that allows taxpayers to 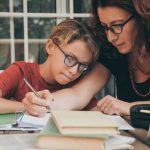 Senate Bill 2176 would reimburse parents of students who previously received in-person instruction, but who now are receiving remote instruction by parents because of COVID. It would provide $1,500 in funds to the family for the first child, and $500 for each child thereafter and be entirely financed from federal COVID funding, not the state 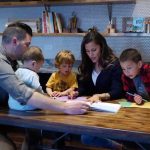 Fellow North Dakotans, COVID has been a trying experience for us all, but perhaps in a unique way for parents of K-12 students. Parents have had to instantly become teachers at home, taking an enormous amount of time to help their children study, as well as buying computers and supplies, upgrading internet service, supplying lunches,

The Most Important Book a Parent Will Ever Read 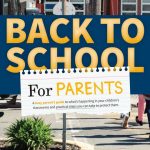 The Most Important Book a Parent Will Ever Read

The most important book a parent will ever read? That’s what Dr. Michelle Cretella, Executive Director of the American College of Pediatricians has called it. Today, we are thrilled to release to you a brand-new (and FREE) book we’ve coauthored with Focus on the Family: Back to School—for Parents.  If you’re like many parents, the classroom may 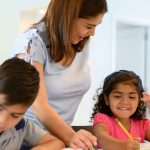 By Vince Torres, President & Executive Director The COVID-19 global pandemic continues to impact every area of our lives, and as we approach the fall, parents with school-aged children are shifting their attention to education. In New Mexico, schools were closed in early-March and Governor Michelle Lujan Grisham recently announced that our public schools will 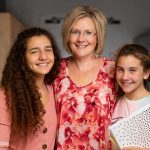 Dear Friends— After an abysmal month at the U.S. Supreme Court, Chief Justice John Roberts and the conservative wing of the Court handed school choice and religious freedom proponents a major victory last week in Espinoza v. Montana Department of Revenue. Writing for the majority, Chief Justice Roberts ruled that Montana’s application of a “no-aid provision” 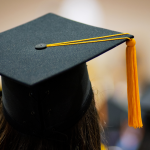 There was a ceremony on Monday that celebrated the graduating students of Shiloh Christian High School. It was heartwarming and a wonderful celebration, as the graduating class received their diplomas and embarked on their new journey to life outside a school setting. I am extremely grateful to the staff and faculty who taught them, not

Help STOP the SeXXXualization of Children!

Help STOP the SeXXXualization of Children!

Dear Friends, Comprehensive sexual education in the public school system has become increasingly more graphic and political in recent years, to the dismay of many parents. For example, the Austin Independent School District (AISD) in Texas—the same district that recently hosted a drag queen for “Pride Week Story Time” in one of its elementary schools—adopted a radical

Your Kids Need to Hear from You 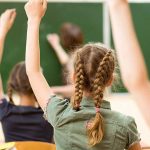 Your Kids Need to Hear from You

I received an email recently from a mother who was understandably upset about the book her 9-year-old daughter had checked out of their public school library. The book seemed innocent enough, but after perusing it a bit, it was apparent that it served up the politically correct LGBTQ+ agenda to elementary school children. To quote

Can I Really Bring My Bible to School? 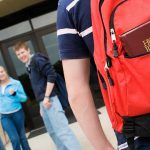 Can I Really Bring My Bible to School?

We are fortunate enough to live in a nation where we can live out our God given rights in many scenarios. Yet, one of the places that children’s religious freedom is under attack is in schools. A lot of this is simply because either intentionally or unintentionally there is a lot of confusion around what