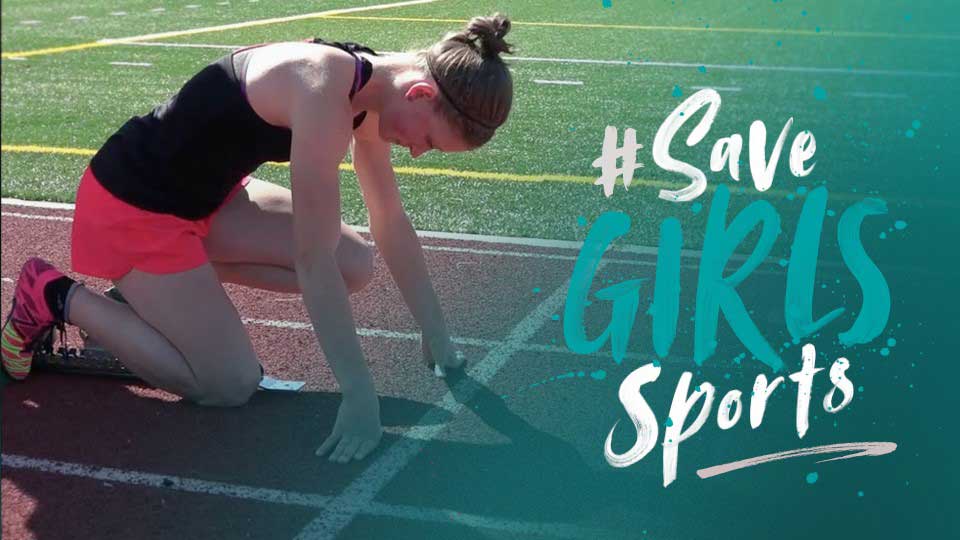 The truth is incontrovertible. Malice may attack it, ignorance may deride it, but in the end, there it is. — Winston Churchill

Today, Governor Kelly betrayed Kansas women as she sided with radical LGBTQ+ ideology and the corrupt NCAA. However, we won’t stop fighting for women! Contact your legislators and ask them to override Governor Kelly’s veto.

The media wants you to believe that the Fairness in Women’s Sports Act would ban transgender kids from sports. This is simply untrue. Let’s talk about what the bill actually says and does.

First, the bill is only targeted to protect women and does not affect male teams. While the media continues to use misleading headlines that state that we are banning certain individuals from sports, that is appallingly untrue. The only thing the bill does is keep biological boys from stealing girls’ opportunities in sports that are specifically designed for biological women. Co-eds sports and men’s sports are completely unaffected.

The true intent with this law has been attacked by both individuals from the far left and by moderates who would prefer we weren’t discussing this issue and who are more concerned about the NCAA and their agenda than Kansas girls. Our intent has always been and is now only to protect women – clearly evidenced because it only goes one way by dealing with women’s sports.

Secondly, our opponents want to sideline us by elevating name calling above the facts. Because so many people from different walks of life and perspectives support this legislation, our opponents’ ad hominem attacks and name calling descend into absolute absurdity. The facts just don’t support their characterizations.

Our opponents would like for you to believe that young people don’t support this bill. That is just on its face a lie. I’m a young women who has benefited from policies like Title IX which safeguard women’s sports. One of the strongest advocates for the Fairness in Women’s Sports Act happens to also be Senator Kristen O’Shea, the youngest female senator in Kansas history. And of course, there are the brave young athletes that testified on behalf of the bill in committee. Our generation has been perhaps most impacted by Title IX and we are not willing to let it be warped into oblivion.

This bill affects mothers, fathers, grandparents, uncles, aunts – all who want to see the women in their lives succeed. In fact, some of our strongest advocates in the House debate were grandfathers who just want their granddaughters to have opportunities to do great things.  We are supported by folks across the political spectrum as well.

Finally, as an organization we have always fought for women who are being exploited through human trafficking, pornography, or abortion. We have also fought for educational opportunities for women. The Fairness in Women’s Sports bill joins these efforts as the radical Left and the NCAA continue the exploitation of women by coming after our girls’ opportunities.

The current NCAA & KSSHA policies cited by the opponents of the Fairness bill offer no protection for girls’ sports and are instead the problem. These policies expose our girls to the loss of opportunities. They demand complete surrender to their edicts and sell out our girls for a couple competitions. Our girls deserve better. We won’t give up on our girls. We will keep fighting for them.

It’s easy on our action center. Together we can override Gov. Kelly’s discriminatory veto.

P.S. If you would like to financially join us in fighting for girls sports, babies in the womb, mother’s experiencing pregnancies, educational opportunities for all our kids, and many other things, please consider a financial donation.