Over the past week I have spoken to many of our ministry partners and it is clear there is significant concern about the outcome of the national election. I completely understand this concern. However, let me briefly give you a little history to consider as we ponder the outcome of this most recent election.

When the 13 colonies declared independence from Britain in 1776, our Founders formulated the Articles of Confederation, giving almost all power to state legislatures, which didn’t go very well. The Founders got back together again in 1787 and drafted possibly the most revolutionary document in the history of the world, the Constitution which has guided our country for 233 years. The Constitution created a separation of state and national powers known as federalism.

Under the Constitution, the state legislatures retain much of their sovereignty to pass laws for their state. In fact, the Constitution specifically lists the enumerated powers that are exclusively federal like declaring war, maintaining armed forces, regulating commerce, establishing a Post Office and coining money. This is overly simplified, as the federal government has clearly expanded beyond this scope since our founding, but I mention all of this to say that the Constitution grants almost all other powers to the individual states per the 10th Amendment. If you haven’t read through the bill of rights in while, I encourage you to do so soon.

So, from a “state perspective,” how did we do here in Kansas? As our Advocacy Director Brittany Jones called it, we had a Conservative Tsunami! We maintained our supermajority in both houses and defended key conservative allies in the state House and Senate that were individually targeted by out of state money, the list goes on. In summary, as conservative Christians we had a very good night.

This in no way diminishes the real impacts of what happens on the federal level. But it is a reminder that we will continue to do what we have done under both liberal and conservative leadership. We will keep fighting for Kansas families. Our strategies may have to shift, but our goals will not change.

So as we listen/watch the news where we consistently hear that the sky is falling, remember that here in Kansas, conservative Kansans stepped up and ensured that Kansas will stay a place where God is honored, religious freedom flourishes, life is cherished and families thrive. Oh and look up sometime – the sky is exactly where God placed it. 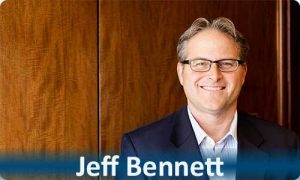 The fight goes on,